Yoder Smokers, in conjunction with Prairie Smoke & Spice BBQ, are proud to bring one of the USA’s top pitmasters to the Queen City for BBQ classes in March 2016.   Andy 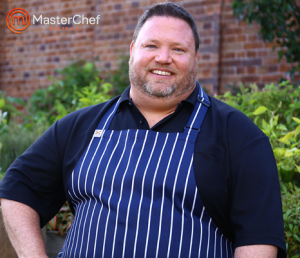 Groneman is a 25-time Grand Champion cook from Kansas City, KS and one of the nation’s most prolific and experienced BBQ teachers.  “Andy truly represents the best in BBQ & grilling education”, says Rob Reinhardt, owner of Prairie Smoke & Spice and Canada’s largest BBQ school. “We are excited to welcome him to Saskatchewan”.   Andy has taught classes from New York state to Langley, BC and has toured Australia twice with his grills and expertise.

Three classes will be offered, including two weeknight grilling classes and a full-day advanced “Pitmaster” class.   Since Andy and Rob both cook on Yoder grills, they will be the primary grills used the class.   The classes are meant to develop skills on all types of grills and smokers, so other grilling equipment will be present also.

Registration and class details are available at www.bbqclass.ca Andy Groneman is the head cook of Smoke on Wheels, a Kansas City-based competition barbecue team.  Competing for almost 20 years, Smoke on Wheels has racked up some serious accolades, including a 2-time National Brisket title, 2 World Champion Pork awards, a World Champion award at the Jack Daniels World Championships, and Reserve Grand Champion of the American Royal, the largest contest in the world.  He teaches regular classes in Kansas, and has brought his cooking school across borders with classes in B.C. and Australia.  In addition to cl
asses you can also find Andy on celebrity judging panels and cable television.   Andy appeared on Season 2 of Travel Channel’s “BBQ Crawl”, as well as a guest judge on Australia’s Master Chef series.

Any cookies that may not be particularly necessary for the website to function and is used specifically to collect user personal data via analytics, ads, other embedded contents are termed as non-necessary cookies. It is mandatory to procure user consent prior to running these cookies on your website.