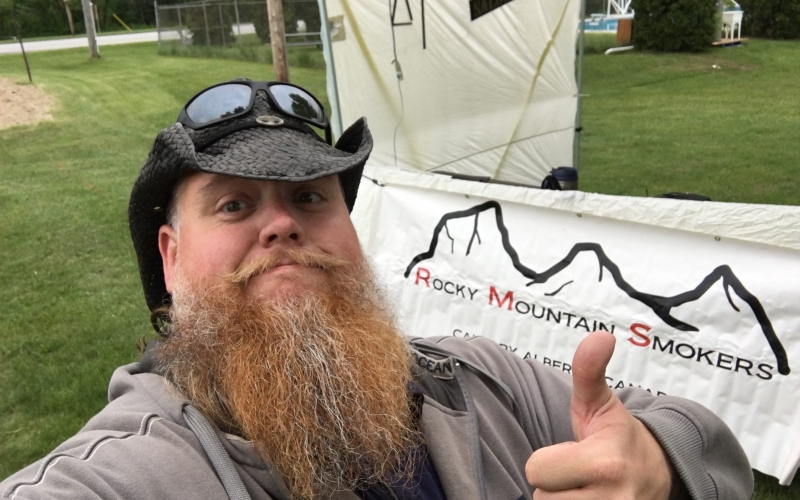 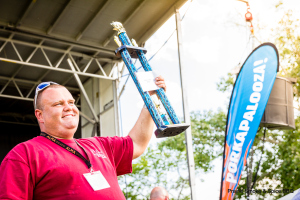 Kris Valckx is the head cook & pitmaster of the Calgary-based BBQ team, Rocky Mountain Smokers.  Kris has been competing competitively for the last 5 years winning awards and accolades everywhere he competes!  He is one of the most successful and well-respected BBQ cooks in Canada.  He is the 2016 KCBS International Team of the Year for Pork and has competed in every province from BC to Quebec.

Kris is also the Secretary for the Canadian BBQ Society, and a member of the BBQ on the Bow Society, actively promoting BBQ in Calgary and the nation!

Kris brings experience and knowledge to class, following a similar class structure but with his own unique twist on all things BBQ. This will be a great opportunity to learn from one of the best, and remember…

“If you’re not having fun, you’re doing it wrong!”

Kris’s classes can be found HERE.

John Thomson wears a few hats in the world of Canadian BBQ and usually smells of smoke.  BBQ Sauce runs in his veins and it seems that every spare moment he has is dedicated to his favourite hobby.  With a full time job in IT and a young family of 3 kids, those spare moments are hard to come by, but as with most hobbies, it is a labour of love.

Once the BBQ Competition season ends in late October, John immediately shifts into the role of Organizer for the largest BBQ Competition in Canada, the Capital BBQ Festival, in Ottawa, Ontario.  John is also a Regional Chair of the Canadian BBQ Society and a BBQ Instructor.

But it is competition BBQ that really drives him and keeps him on the road a fair amount.  2017 was his 7th year as Pitmaster of Ottawa, Ontario’s Team Eatapedia, and it was a banner year for John.  Finishing 1st Place in the Canadian Team of the Year Points Race, Team Eatapedia is the 2017 Canadian National BBQ Champion, as well as the Ontario Provincial Champion, KCBS’s International Team of the Year Overall and 1st Place KCBS International Ribs.  3 GCs, 2 RGCs and 40 Top Ten Calls and 7 1st Place calls.

With a long history of teaching and working with BBQ people of all walks of life, John’s classes are typically very interactive and engaging.  With years of experience, starting as an Amateur Competitor, John hosts a relaxed atmosphere of conversation about BBQ while sharing experiences, guidance, tips and award winning BBQ food.  You will learn, and you’re going to enjoy it.

This website uses cookies to improve your experience while you navigate through the website. Out of these cookies, the cookies that are categorized as necessary are stored on your browser as they are essential for the working of basic functionalities of the website. We also use third-party cookies that help us analyze and understand how you use this website. These cookies will be stored in your browser only with your consent. You also have the option to opt-out of these cookies. But opting out of some of these cookies may have an effect on your browsing experience.
Necessary Always Enabled
Necessary cookies are absolutely essential for the website to function properly. This category only includes cookies that ensures basic functionalities and security features of the website. These cookies do not store any personal information.
Non-necessary
Any cookies that may not be particularly necessary for the website to function and is used specifically to collect user personal data via analytics, ads, other embedded contents are termed as non-necessary cookies. It is mandatory to procure user consent prior to running these cookies on your website.
SAVE & ACCEPT